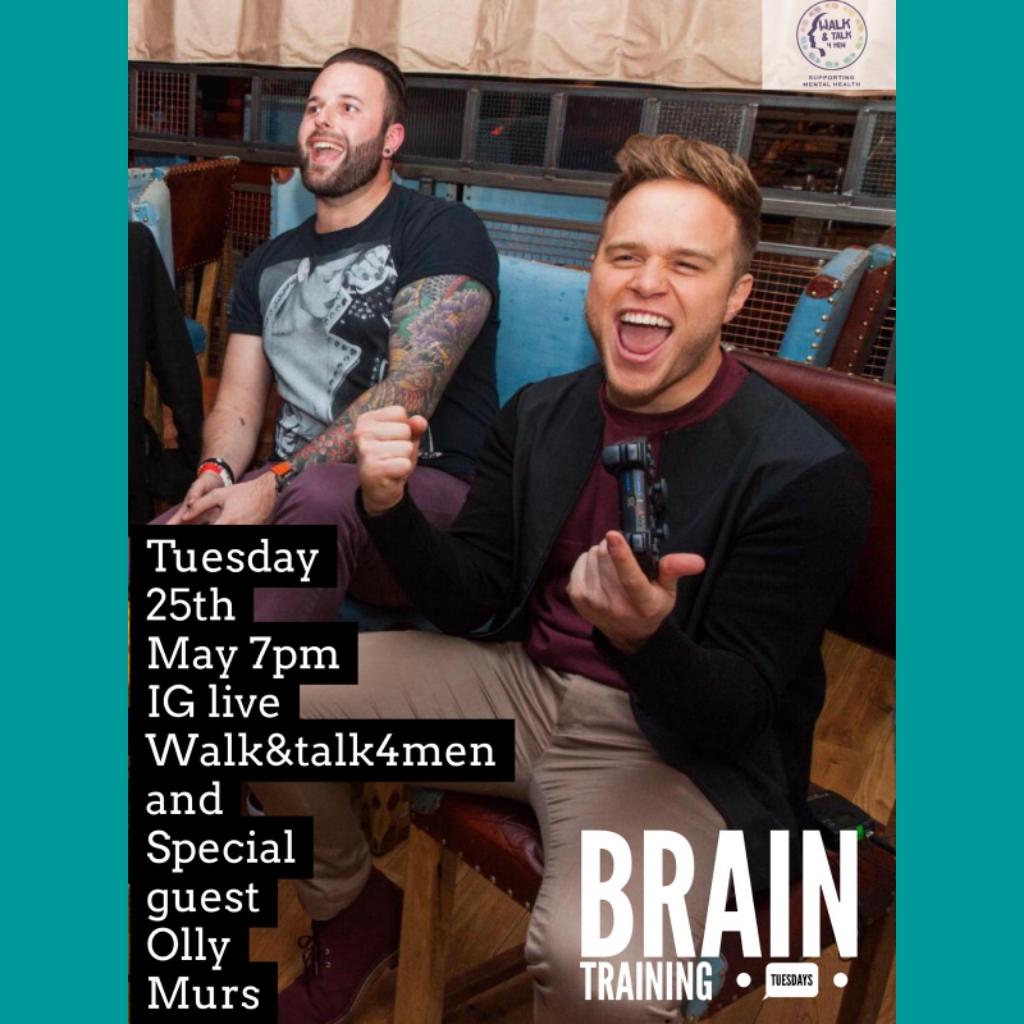 We're delighted to announce that our guest for the Brain Training Live session on our Instagram next Tuesday at 7pm (@walkandtalk4men) will be Olly Murs!

First rising to success after auditioning and making it to the final on the sixth series of The X Factor in 2009, Olly needs very little introduction. In a career that has lasted over a decade, he has gone onto become one of Britain's biggest male solo artists of the 21st Century.

With four number one singles - and as many albums - under his belt, and sales of over 10m records in the UK alone, as well as a strong international following, he is also a solid live performer and showman, who has played to packed houses the world over on six sellout concert tours, supporting Robbie Williams and One Direction along the way.

He has also collaborated with a wide variety of well known names, from The Muppets to Paul Weller, and from Demi Lovato to Shaggy. He has also been a twice winning coach on The Voice UK, captained England at Soccer Aid for UNICEF, and later this year he will not only return with a new tour after a two year hiatus from his music, but he will also be the host of a new Saturday night entertainment show for ITV called Starstruck.

Olly and James our founder are good mates, but Olly has also been very vocal about his mental health and his experiences with this, as well as performing gigs to raise awareness for organisations such as Music 4 Mental Health. He is also a keen W&T4M supporter, and has been in attendance at our Hylands Park walks in the past.

We'll be discussing this and what he does to stay mentally well amongst other things - and as always we'd love to hear from you. Any questions you have for Olly you can get them into us. Message us on our socials with the hashtag #BrainTrainingLive or email us walkandtalk4men@gmail.com. Don't forget you'll be able to catch up on our IGTV afterwards if you miss it.